These students initially competed at a school level against other Moama Anglican Grammar students before reaching the Club Level Competition.

All students participated to an outstanding level, displaying their confidence and skills to speak in front of an audience. They were mentored by Tracee Zweck. Each student received a participation certificate for competing at the Club Level Competition.

Both Digby and Cleo will now compete in the Zone/Regional Competition which will be held in Tongala on Sunday 7 August. Congratulations to all our Year 3 to 6 students who competed in Moama Lion’s Junior Public Speaking Competition! 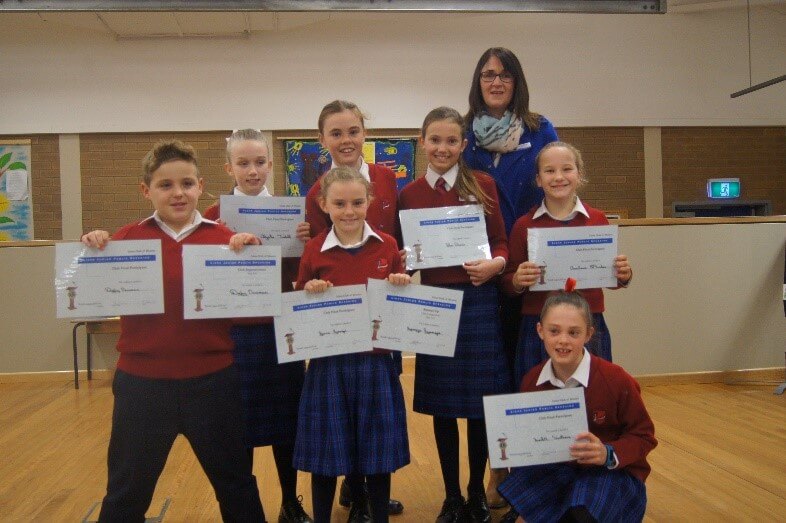