More than 100 Moama Anglican Grammar School students brought Wonderland to life in their school production of Disney’s Alice in Wonderland recently.
In front of big crowds at Echuca’s Paramount Theatre, the entertaining musical showcased the many talented singers, dancers and actors at the school.
Year 11 student Sophie Miller starred as Alice and was joined on stage by other key leads including Angus Mawson (the Mad Hatter), Jack Dwyer (the March Hare), Kennedi Walker (the White Rabbit), Brenton Urbaniak (the King of Hearts) and Hannah Williams (the Queen of Hearts).
Director James Rogerson said the musical was the culmination of a year’s planning, preparation and rehearsing.
“We performed over two nights and Friday was a sell out,” he said.
“All of our Year 7 students were involved in the production as various inhabitants of Wonderland, and there was also great support from a large backstage crew.”
Mr Rogerson acknowledged the support of school staff and volunteers in making the production a success.
Teacher Danny Hindson created animated backgrounds to add to the magical experience, with an opening sequence featuring a computer-generated view of the Moama Anglican Grammar School campus and a white rabbit hopping through the school grounds.
After a weekend of recovery, preparations are now underway for the 2016 production. 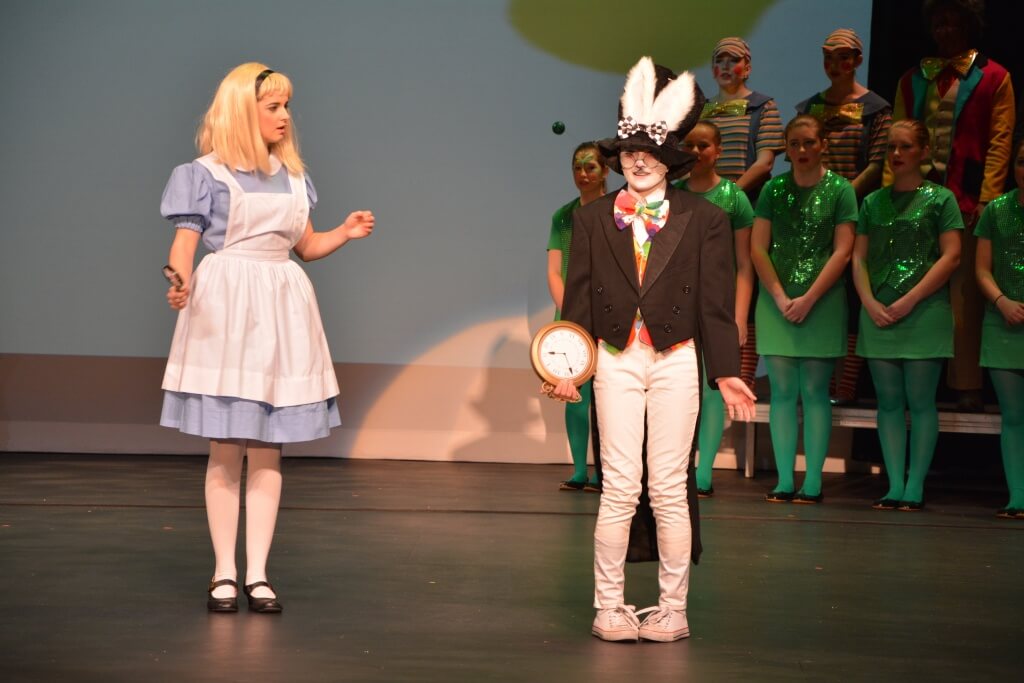 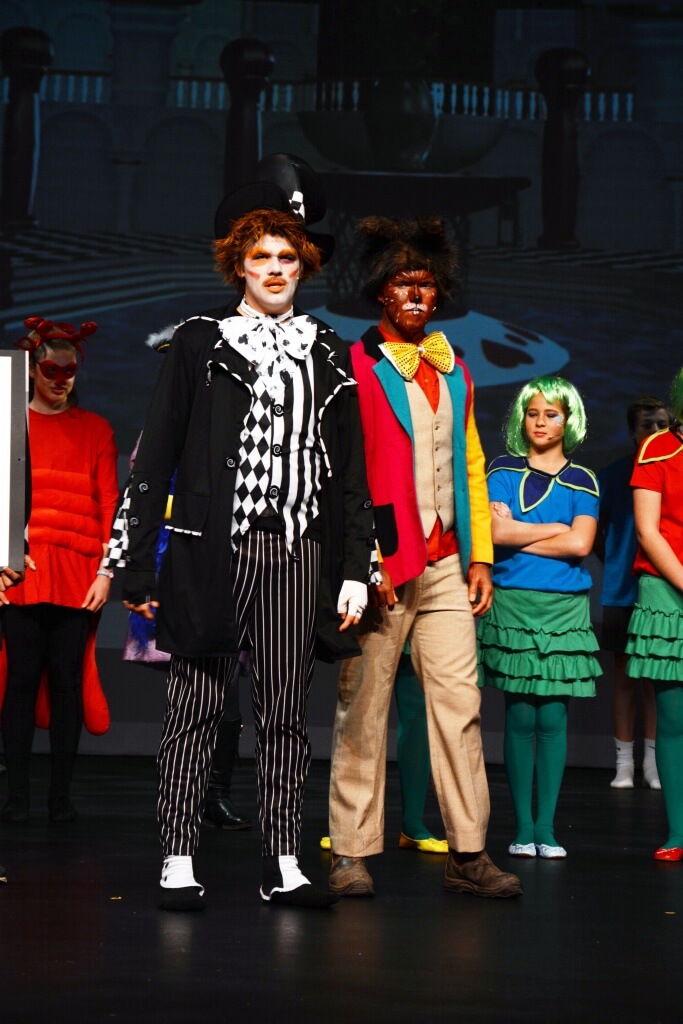 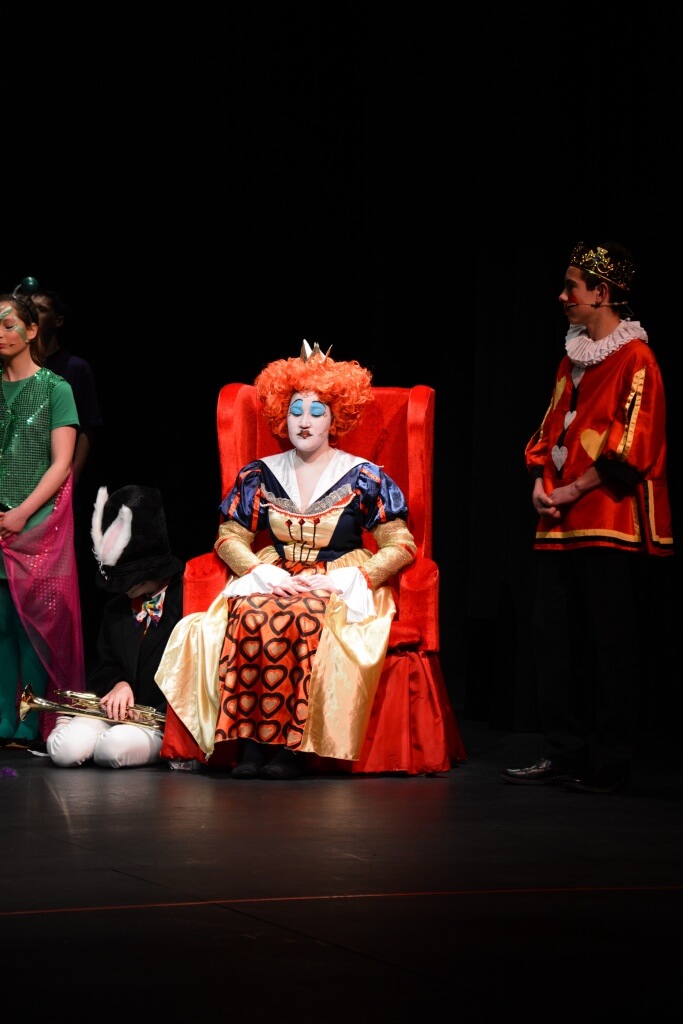 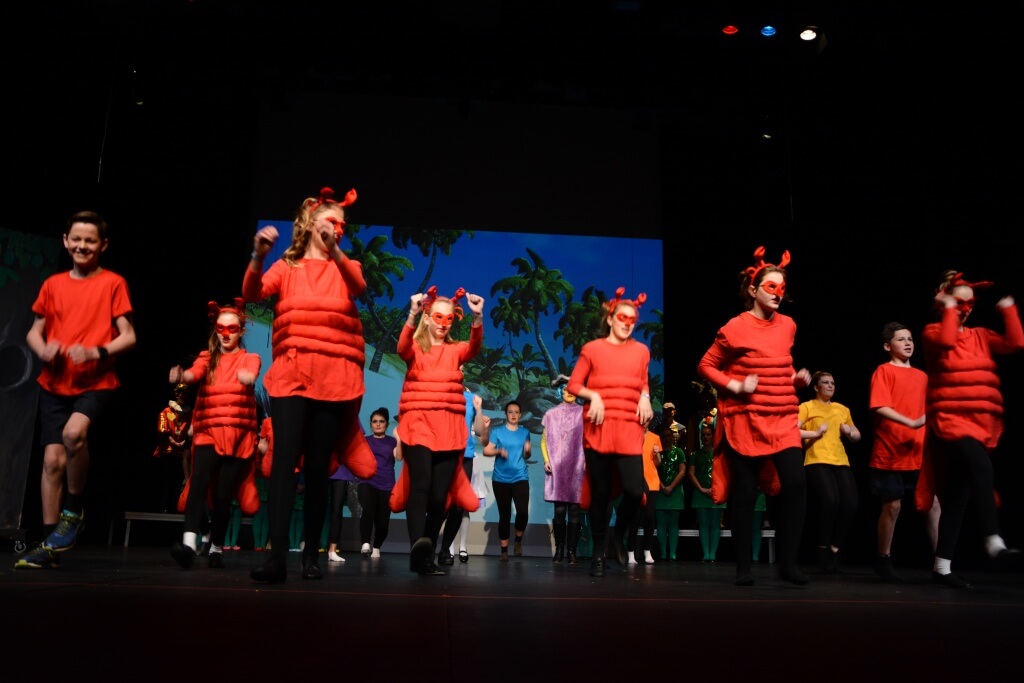 The Rock Lobsters strut their stuff 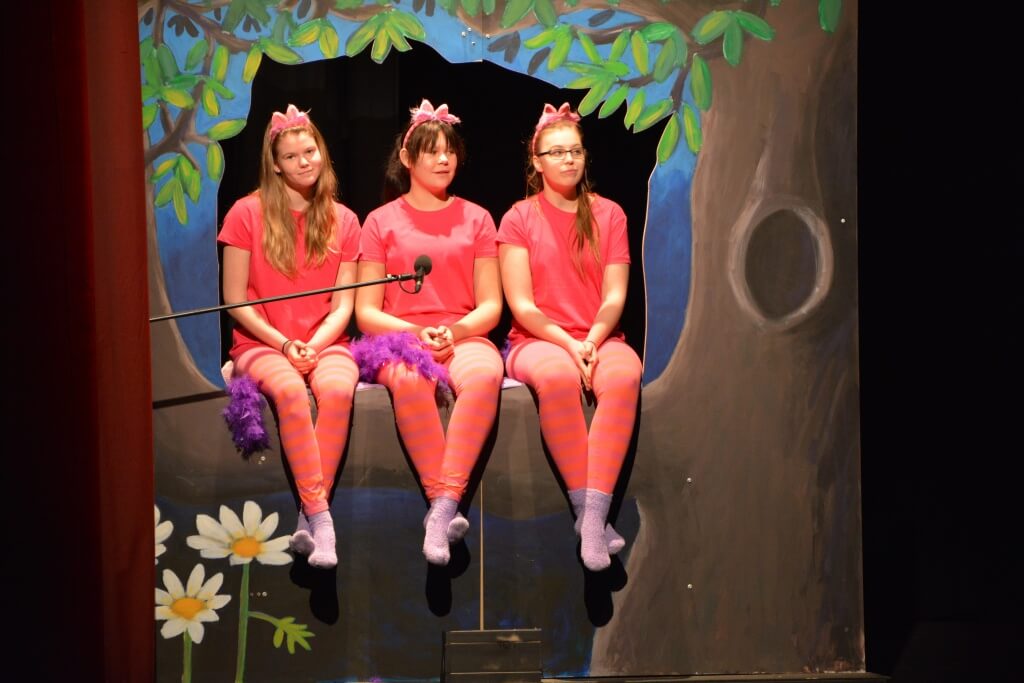 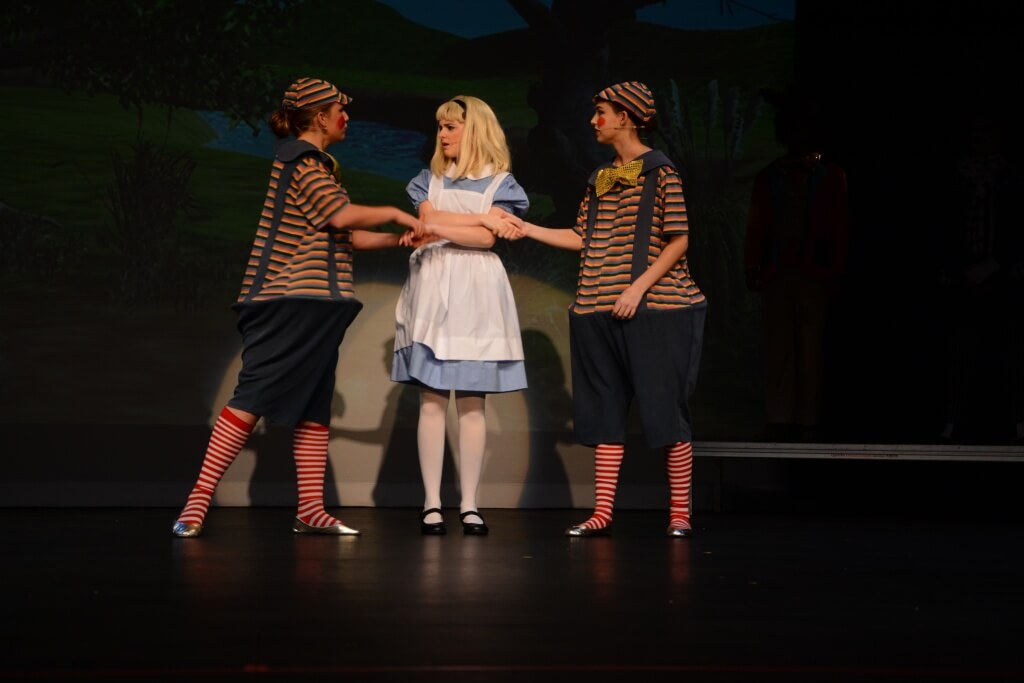