Moama Anglican Grammar School was well represented at last week’s Primary Interschool Soccer Tournament.
Three Grammar teams – made up of Year 5/6 boys and girls – took part in the hotly contested tournament.
The Boys A Team took some time to find their rhythm, eventually winning three match before heading in to the semi final against Moama Public School.  The team worked well together to take the win 2-0.
The grand final against Kyabram was a tough match, with an end-of-match draw leading to a penalty shoot out.
Grammar came off second best, but the boys are to be commended for their efforts.
The Girls A Team played off against five other schools, winning two matches.  The girls played as a cohesive team under the watchful eye of coach Paige Pinson.
The girls were delighted to make it to the grand final against Echuca East, but were narrowly defeated 1-0.
Congratulations to all students who played in the tournament and represented our school.
By Patrick Mathers and Alice Howard 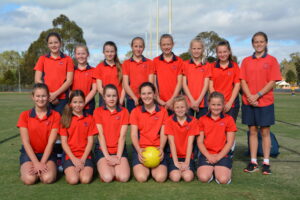 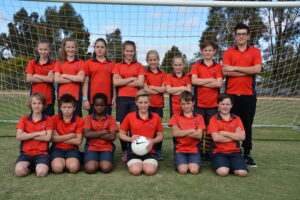