The unmistakeable sound of drumming can be heard across Moama Anglican Grammar School every Friday morning.
The School’s drumline – believed to be the only one of its type in the Echuca-Moama area – was formed to give drum students the opportunity to perform the 40 International Percussive Arts Society drum rudiments. 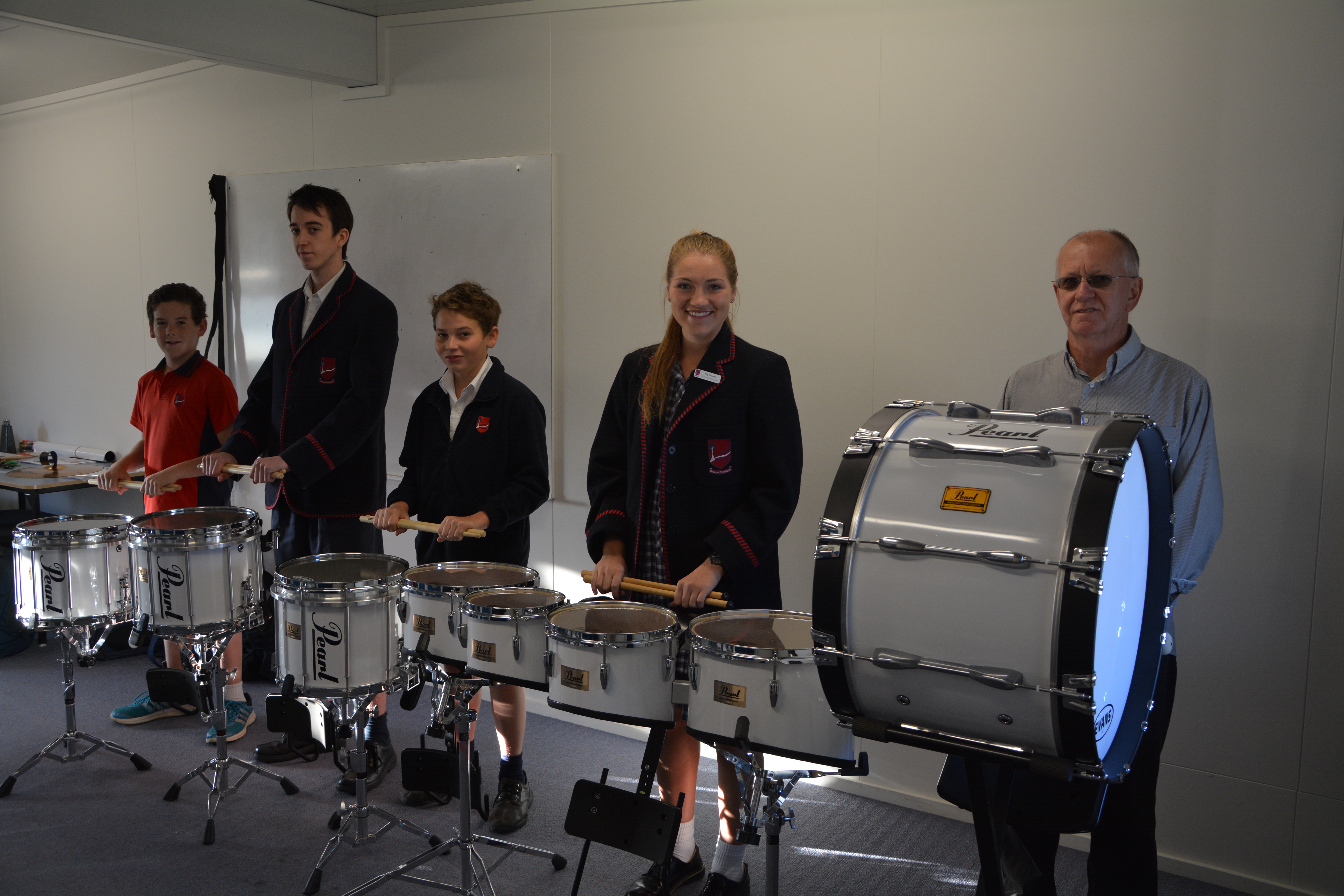 Drumlines are common in America, and usually form part of a musical marching ensemble.
Moama Anglican Grammar School drumline is made up of four students, with the School recently purchasing new drum equipment.
Tutor Kevin Kiely said the new equipment will help the group sound more authentic and professional.
Mr Kiely currently plays the big bass drums in the drumline, with Tilly Keenan on the tenor drums and Ethan Williams, Vincent McLindon and Cadyn Fayle on the snares.
“We’re wearing the drums when we play and it can be hard to carry them. When you start walking and playing it really tests your coordination,” Tilly said.
“We’re so privileged to have the news equipment as it definitely makes a big difference in our performances and enables us to enhance our skills.”
The drumline practices as a group once a week, with students expected to continue their practice at home.
The group have performed at school concerts and events, and will provide the processional music at the school’s upcoming 10th Anniversary Foundation Day celebrations.
Mr Kiely said he hopes to invite his son Jordan to the school in the future, to conduct workshops with the school’s drum students.
“Jordan is a member of Australia’s premier drumline D2, who recently performed at the 2015 Cricket World Cup Final in front of 93,000 people,” Mr Kiely said.
“He’s expressed an interest in giving the students at MAGS the best opportunity through exposure to this very entertaining and highly skilled drumline.”